Photo by Timothy Dykes on Unsplash

How to send tweets from GitHub Actions

Keep your community up to date with the latest releases

One of the most boring things for a developer to do are repetitive tasks. All these tasks can be automated because it does not require concentration or your skills. Unfortunately, you don't have time to automate those tasks.

For example, you want to inform your team about a new release, but you don't have time to do it, or you forget about it.

Here you are a simple way to do it, thanks to GitHub Actions!

You need to stop doing repetitive tasks and start doing something useful for your team. So ask yourself:

These questions are the ones you need to answer.

We are going to answer these questions with a simple example:

I want to send a tweet every time a new release is published on GitHub. The release schedule is flexible. I don't release more than a couple of times a day.

We can search for the suitable GitHub event from the Official Documentation.

First, you need to create a new workflow file into the .github/workflows directory.

The workflow depends on the event you want to listen to and the corresponding payload. All the JSON payloads can be found in the Official Documentation.

As you can see, the workflow is straightforward. It requires:

You need to create a Twitter App using the Twitter Developer Portal. The GitHub Action works with Twitter API v2.0, so the free plan is enough.

After creating the App, you will get the secrets:

Store them in a secure place: you will need them to send the tweet.

Then, from the App details page, you need to change the App Permissions from read to read and write:

Now you need to do the last step. From the Keys and tokens menu, you need to create two more keys: 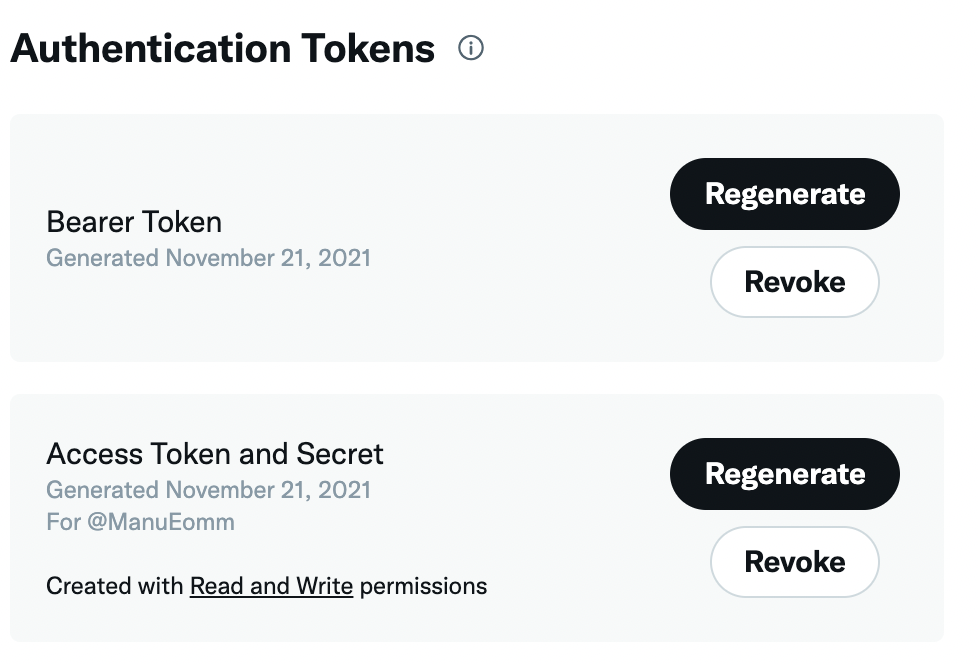 Now you need to store those secret keys into your GitHub Repository secrets.

To test the tweet-release workflow, you need the create a new GitHub Release. Creating a release was already one crucial step of your delivery process, and now you have automated the boring notification stuff!

This workflow works at its best within releasify! This CLI tool creates a new npm version and a GitHub Release altogether, and publishing your module within this tool will trigger the tweet-release action!

Well done! You know how to increase your community involvement!

Do you want to read more? Subscribe to the backend.cafe newsletter!